This year’s virtual author event takes place on September 23 at 7:00pm on One Book One Community’s YouTube channel and Facebook page! The authors will be taking audience questions on the live feed.

Posted by Kitchener Public Library on September 16, 2021 in Uncategorized

April 21, 2021 – One Book, One Community is celebrating its 20th year! The longest running community reading program in Canada, “OBOC”, as it is fondly referred to, celebrates books and writings of Canadian authors. Through the shared experience of reading and discussing the same book, OBOC has helped create a special sense of community in the Region over its 20-year span.

The One Book, One Community committee is thrilled to announce that the 2021 book selection is Extraordinary Canadians: Stories from the Heart of our Nation by Peter Mansbridge and Mark Bulgutch. Featuring stories of Canadians from all walks of life, Extraordinary Canadians is a perfect feel good love letter to our country and its people. The personal stories highlight the voices of advocates, immigrants, medical professionals, religious leaders, and many more inspiring Canadians. Different stories will resonate with different readers. Combined, the stories will inspire a strong sense of pride for the land we call home and our fellow Canadians.

Peter Mansbridge is one of Canada’s most respected journalists. He is the former chief correspondent for CBC News and anchor of The National, the CBC’s flagship nightly newscast where he worked for thirty years reporting on national and international news. He is also the former host of Mansbridge One on One, where he interviewed world leaders, music legends, and sports heroes. Mansbridge has received numerous awards for broadcast excellence, including a lifetime achievement award from the Academy of Canadian Screen and Television. He has been awarded the Order of Canada and the Queen Elizabeth II Diamond Jubilee Medal. Follow him on Twitter @petermansbridge, visit him at thepetermansbridge.com, or listen to his show The Bridge on Sirius XM.

Mark Bulgutch is a journalist, educator, speaker, and the author of That’s Why I’m a Journalist and That’s Why I’m a Doctor. He worked for the CBC for forty years, eleven as the senior editor of The National and another ten as senior executive producer of all live news specials. He has taught at the Ryerson University School of Journalism for almost thirty-five years. A regular contributor of opinion columns to the Toronto Star, he has won fourteen Gemini awards, four RTNDA Awards, the Canadian Journalist Foundation Award of Excellence, and the Canadian Association of Broadcasters Gold Ribbon Award. Follow him on Twitter @markbulgutch.

“When we look back on the past twenty years of OBOC, the need for community has never been so important. As we yearn for meaningful connections during the pandemic, Extraordinary Canadians allows us to hear heartfelt stories that will uplift and connect us.” says Carroll Chapman, co-chair of One Book, One Community. “Along with co-author and esteemed CBC producer, Mark Bulgutch, this year’s OBOC selection also gives us the chance to invite beloved news anchor, Peter Mansbridge back into our homes to remind us of who we are as Canadians.”

Note: this year’s virtual event with both authors will take place on September 23 at 7:00pm on One Book One Community’s YouTube channel. Don’t forget to “Like” OBOC on Facebook too!

Posted by Kitchener Public Library on April 21, 2021 in Uncategorized 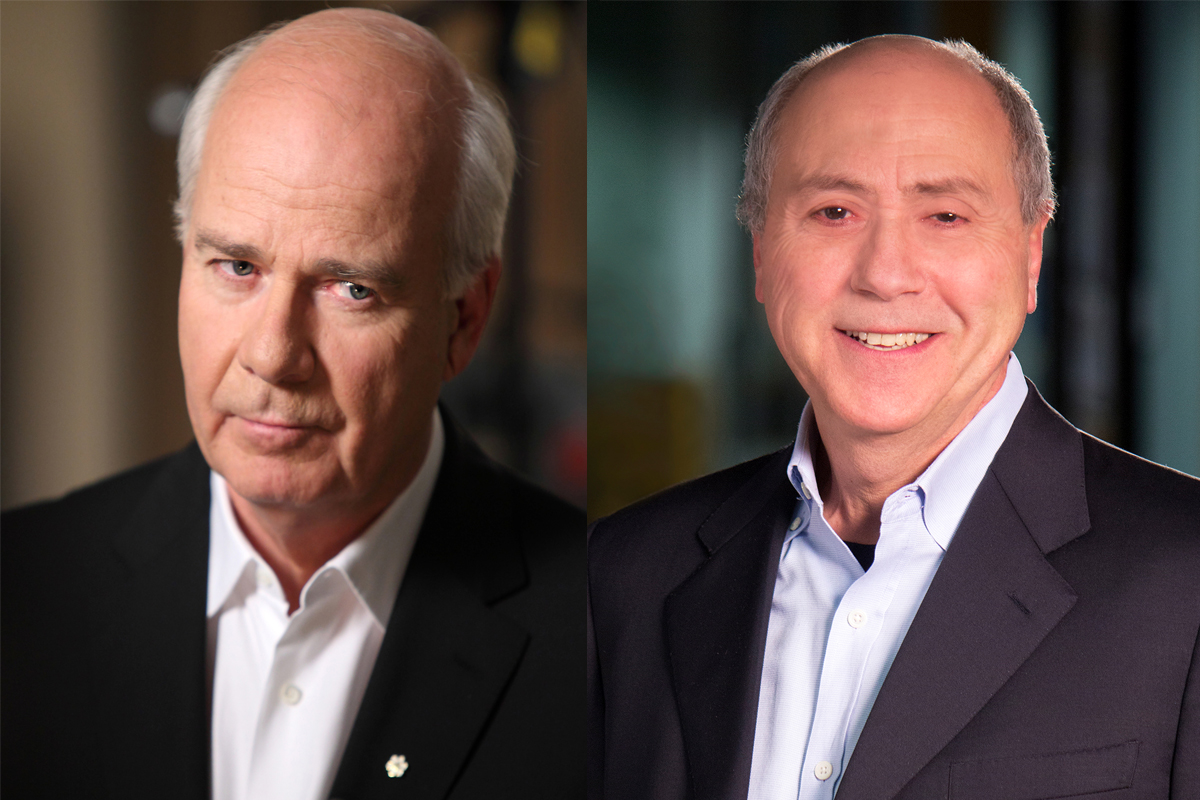 View the greetings from this year’s One Book One Community authors, Peter Mansbridge and Mark Bulgutch on our YouTube channel.

Posted by Kitchener Public Library on April 20, 2021 in Uncategorized

One Book, One Community 2021 Book Giveaway

Our 2021 book reveal is just around the bend! To celebrate this momentous occasion, not to mention our 20 Year Anniversary – my, how the time flies – we’re giving away a copy of the 2021 OBOC selection.

To enter, simply fill out the OBOC Book Giveaway Entry Form. The winner will be announced on our Facebook page after our 2021 selection announcement April 21st. Good luck and happy reading.

Posted by Kitchener Public Library on March 1, 2021 in Uncategorized

Posted by Kitchener Public Library on February 17, 2020 in Uncategorized